Now this REALLY was a scrapyard! Probably the only genuine aviation scrapyard in the area. This yard was bursting at the seams with aircraft bits and pieces and it is very difficult to work out what you are actually looking at most of the time. A pair of binoculars was very useful reading numbers and information off the various aircraft panels that are sometimes only several feet away from you. I will leave you to decide what constitutes an aircraft for your purposes, on this web site there has to be an identifiable piece of fuselage to be listed.

Three interesting additions that arrived between 2000 and 2001 are Sikorsky CH-37C Mojave 145873, Douglas C-82A 44-23033 and C-133B 59-0531. These aircraft were previously sitting in open storage at Tucson International Airport and were probably moved here due to the construction of a new building. The C-133 now, unfortunately, only consists on several large segments of fuselage, the other two are whole and located near the fence next to Kolb Road.

Below are some pictures of these aircraft while they were at Tucson IAP. 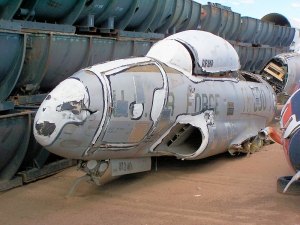 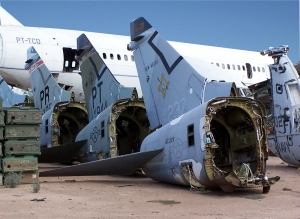 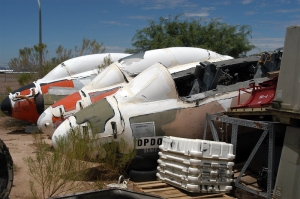 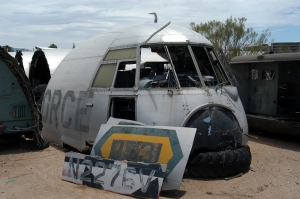 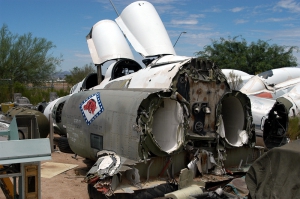 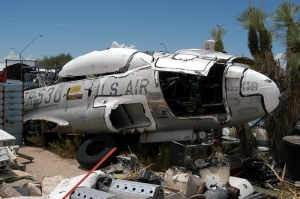 Since the last AMARC inventory update many of the Beoing C-137's (707 and 720) that were being stripped of spares in AMARC area 22 have been cut into sections and moved to this yard. Here they will be melted down into ingots and sold on for recycling. The north side of the yard has been reorganised to accomodate these new residents and as a result aircraft previously hidden may now be visible. On the other hand the large fuselage sections may block views of previously identifiable airframes.