The McDonnell Douglas F-4F Phantoms of the 20th Fighter Squadron, 49th Fighter Wing based at Holloman AFB, NM., were the last U.S. Air Force Phantoms to be retired to AMARC from an operational squadron. The 20th Fighter Squadron was unusual due to its unique mission which it carried out for over 30 years since the re-activation of the unit as the 20th Tactical Fighter Training Squadron on December 1st, 1972. As part of the agreement to purchase the F-4 Phantom to replace F-104 Starfighters the German Government negotiated a deal which included transition and instructor training for Luftwaffe crews on the type within the U.S.A. This would allow them to take advantage of the experience of the type provided by the U.S. Air Force in the near perfect weather conditions experienced in the New Mexico and Southwest regions of the country.

Initially the unit operated F-4Es from George AFB, CA. which at the time was the U.S. Air Force's primary F-4 training base. When George AFB was closed on June 5th, 1992 as part of the BRAC the 20th TFTS was once again de-activated and the Luftwaffe F-4 training was re-assigned to the 9th Fighter Squadron, 49th Operations Group at Holloman AFB, NM.

On September 5th, 1973 deliveries of the Luftwaffe F-4F, which was basically a stripped down lightweight version of the F-4E, began. 175 F-4Fs (U.S. Air Force serials 72-1111/1285) had been ordered to equip two interceptor wings and two ground attack wings. Twelve F-4Fs received the unofficial TF-4F designation while training in the U.S.A, however after these aircraft were returned to Germany they received the full F-4F configuration. 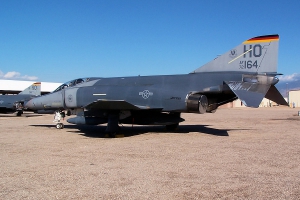 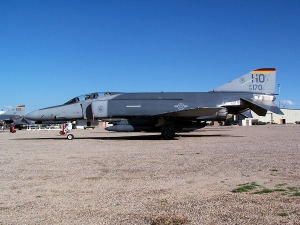 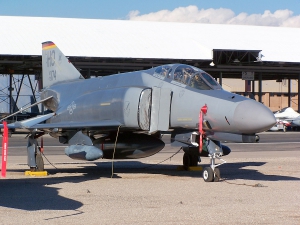 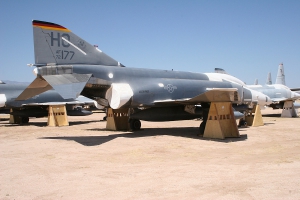 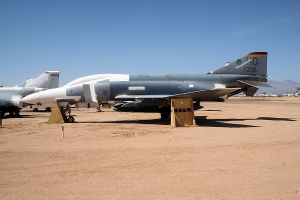 Between November 1980 and late 1983 the F-4Fs received upgrades which provided inflight refuelling recepticles and the ability to launch AGM-65 Maverick, AIM-9L Sidewinder and Sparrow missiles. The upgrades also included improvements to the avionics, computer systems and counter measures. Following these upgrades in 1983 another round of upgrades were begun. Improved Combat Efficiency

On July 1st, 1993, the 20th Fighter Squadron was once again reactivated at Holloman AFB and F-4Fs were being used alongside Luftwaffe F-4E(ICE)

Established on the 1st May 1996, the German Air Force Tactical Training Center consists of two training units, one for F-4 crews and the other for Tornado crews. The F-4 Training Squadron has overseen all German F-4 student personal affairs, and provided German instructor pilots who cooperate and work alongside US instructors in the contracted training program provided by the 20th FS.

The Squadron, nicknamed the "Silver Lobos", was once again deactivated on Monday 20th December 2004 after 64 years of service with the US Air Force. The first arrival, 72-1118, was delivered by Col. Kevin Zeeck, the 20th FS Director of Operations. The second, 72-1218, arrived at the base two days later. The remaining 14 F-4s arrived at AMARC by the second week of January 2005 in 4 further waves. A complete breakdown of these can be seen below; 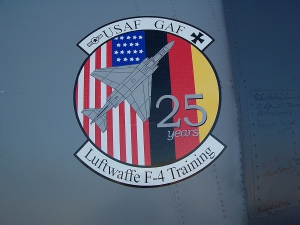 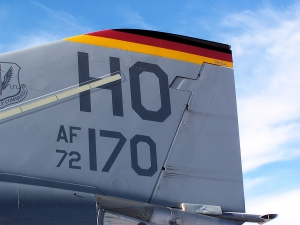 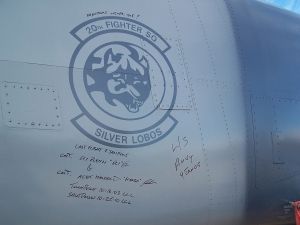 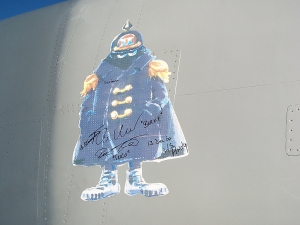 The reason for chosing this training solution was the quality and experience provided by the U.S Air Force and the near perfect weather conditions experienced in the New Mexico region. In the future all German Air Force F-4 aircrew combat instruction will be carried out back in Germany.

Before their retirement the F-4Fs were no strangers to AMARC as a number of modifications were carried out on their aircraft at the base during 2002. The modifications were carried out after the aircraft had arrived from Germany and before their final delivery flight to Holloman AFB. The modifications included the following: - Improved windscreen quarter panels,- dual cockpit audiovisual recorders,- modified landing gear and flaps circuit breaker panel, - removal and replacement of the engines - and fire and overheat detectors installed in the engine bays. The first example was readied by 5th September 2002 with all of the conversions completed by the end of that year.