DMI or Dross Metals as it was more usually referred to is now called ARM, Aircraft Restoration and Marketing. Located at the end of East Nebraska this yard is the largest in the area and has an extremely complicated layout. Much of the yard contains aircraft belonging to National Aircraft whose main yard is located next to the main AMARC gate on Kolb Road. The large number of C-130's and OV-1 Mohawks here all belong to National but it is difficult to work out the exact split, hence I have included them altogether for the purposes of this web site.

ARM's main business is the restoration of aircraft but it also does a considerable amount of logistical work for customers of ex.AMARC aircraft. In more recent years the F-15 Eagle and F-105 Thunderchief that have been loaned to the Duxford Air Museum, UK. by the USAF Museum came through this yard, as well as several A-10 Thunderbolt's and numerous other aircraft on their way to museums and new owners across the USA. 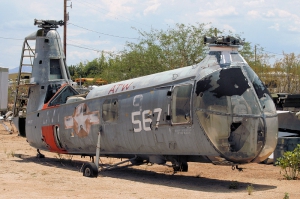 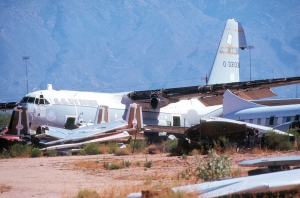 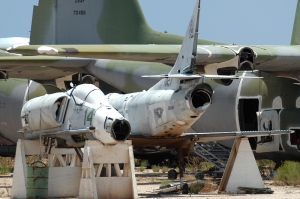 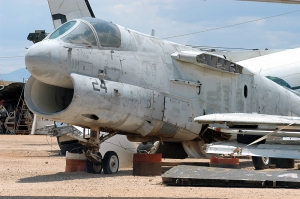 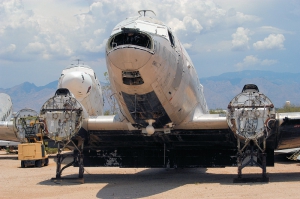 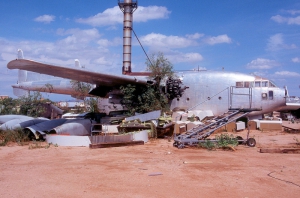 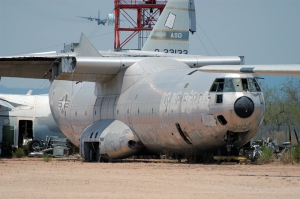 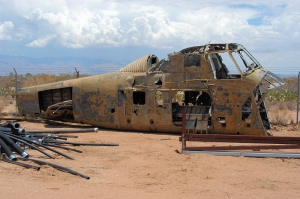 On a sad note, the long term resident C-133A 54-0137 has been sold by it's previous owner, an operator of another airworthy C-133 in Alaska, to HAVECO. It has been moved, is being stripped of all usable components and will (if it hasn't already) be scrapped. Following the scrapping of the Tucson Airport C-133 in 2001, this will indeed be a sad event. A picture of 54-0137 and information on its operational and scrapyard history can be found by clicking here. An aerial photograph showing 54-0137 in this yard can be found by clicking here.

As with all the other scrapyards detailed on this site, aerial photographs can be found in the 'Aerial Photograph' picture gallery which will give you a greater understanding of the layout and contents of the ARM yard.