The Specialized Aircraft yard is run by Charles 'Chuck' Wooten who's business is restoring aircraft. During my last visit it was obvious which aircraft types are currently being favoured with three HU-16's and four T-28's all being worked on. Three of the T-28's were stripped to bare metal which made them very difficult to identify, although one (137712) could been confirmed.

Also resident at the time was an ex. Royal Canadian Air Force C-45 and three ex. Coral Air Nomads (N421NE, N4812C and N4817E for all the readers interested in civil aircraft). These aircraft have moved around considerably in the last few years, having also been seen in the National/Southwest Alloys and Dross Metals yards. There was originally a fourth example (N420NE) but this was not seen at this time. 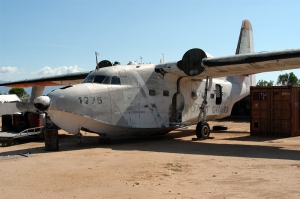 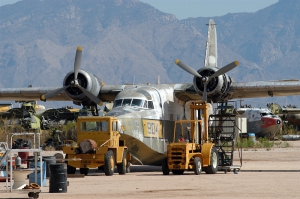 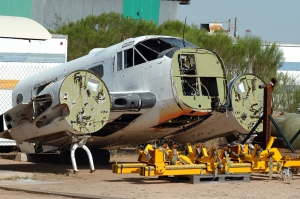 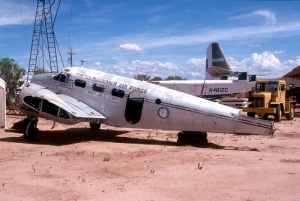 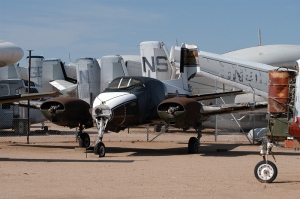 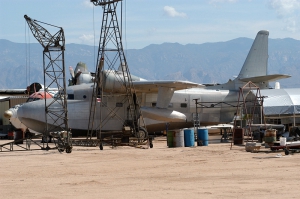 At the end of 2001 or beginning of 2002 a number of aircraft belonging to SAM were moved from the adjoining Allied across to the other side of East Drexel to a small compound adjoining the UAC yard. For the purposes of this web site it is referred to as SAM 'Compound B'. This compound is believed to be run by Chuck Wooten's and so the aircraft contained within it are listed under this yard. An aerial view of this new yard can be seen on the right. The three wingless Nomads, which are not listed on this site are N421NE, N4812C and N4817E.