The McDonnell Douglas C-9A Nightingale is a much modified version of the civilian DC-9 airliner which was brought into service in 1969 specifically for the movement of litter and ambulatory patients. To this date the C-9A has remained the only aircraft in the USAF inventory that is dedicated to this role. It has served not only the military but also Department of Veterans Affairs and civilian hospitals throughout the world, and has been a very familiar sight at both military and commercial airfields.

On July 23rd 2003 the Air Force made an announcement that it was retiring their entire C-9A fleet and that this would be completed by 30th September 2003. The age of the aircraft has been one of the contributory factors in this decision. The noisy and inefficient engines would not meet strict new noise regulations without an expensive refit.

The C-9A has an outdated cockpit and navigational aids and as time has passed support costs have increased considerably. The second and probably the main reason behind the decision is the reduction in transported patient numbers. In 1995 the C-9A fleet transported over 70,000 patients. By 2000 that figure has dropped to 15,000 and new estimates quote a figure of 3,000 patients by the year 2005, it was felt that this level of work does not justify maintaining a dedicated aeromedical capability. 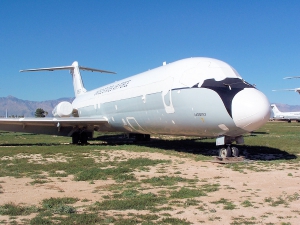 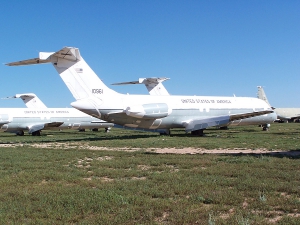 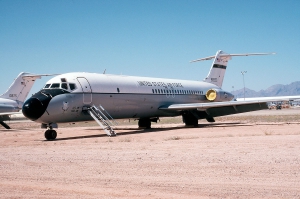 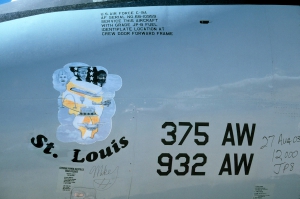 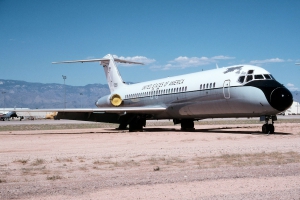 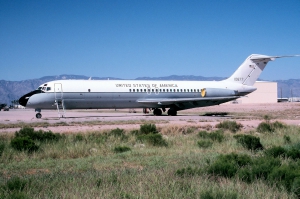 Currently there are no plans for a direct C-9A replacement. It was announced that the medical airlifts that the 30th AS fleet carried out from Yokota AB, Japan will be taken over by Boeing KC-135 from Kadena AB and the C-141 Starlifter and C-17 Globemaster fleets already carry out long distance aeromedical flights from many parts of the world back to CONUS. However, the C-141 is currently being withdrawn from active service and the C-17 is considered an overstreched resource. One idea that may be investigated further is the utilization of yet another military version of the Douglas DC-9, the VC-9C. The 89th Airlift Wing operates three of these aircraft from Andrews AFB, but they themselves are due to be replaced in the near future by the Boeing C-40B, a military version of the Boeing 737-700 commercial airliner.

During 2002, due to the reduced aeromedical requirement, the Air Force made the decision to utilize the C-9s for non-medical missions, including the movement of combat troops. To remain within Geneva Convention rulings the distinctive red crosses which were worn on the tails of the C-9's since their introduction into active service were painted out. The tails have remained plain white until their arrival at AMARC.