The 'R' in 'AMARC' stands for 'Regeneration' and there is no better example of this capability than the work being carried out at the Center in support of two Foreign Military Sales to Pakistan and the Republic of Korea.

Both of these countries had a requirement for additional Lockheed P-3 Orions and the aircraft selected to fill the orders formed part of the surplus US Navy stock on the AMARC inventory. The aircraft arrived at AMARC up to ten years before, since then they have been held in Type 1000 storage and undergone re-preservation at regular intervals to ensure deteriation is kept to the absolute minimum.

In 2004 the Republic or Korea government approved a defence budget which included the procurement of a substantial number of new aviation assets including Airborne Early Warning and Control (AEW&C) aircraft, VIP and multirole helicopters and maritime patrol aircraft. The $16.2 billion budget which was passed by the Korean National Assembly included the funding for a second P-3 Orion squadron of eight aircraft to supplement it's existing fleet. 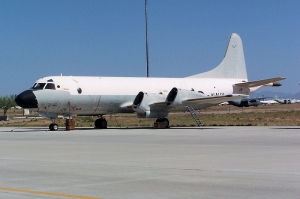 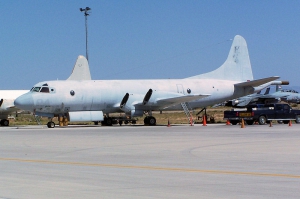 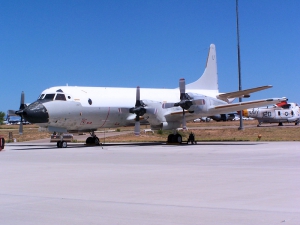 The Republic of Korea Navy had purchased their existing P-3C Orion's during the 1990s, and were operated by 613 Navy Squadron based at Pohang AB.

On April 28, 2005 L3 Communications, the US based Intelligence, Surveillance and Reconnaissance (ISR) Systems provider, announced that they had won the $300 million contract with Korea Aerospace Industries (KAI) to provide system modernization and service life extension for the eight aircraft. After flight preparation work had been completed by the AMARC technicians the aircraft were flown to L3 Communication's facility at Waco, TX. where systems upgrades were carried out. Further refurbishments were carried out by Korea Aerospace Industries (KAI)before the aircraft were officially handed over to the Republic of Korea Navy. These upgrades would ensure that the new aircraft will match, as nearly as possible, the configuration of their existing P-3C fleet.

After a number of delays and technical problems the first aircraft was delivered to the South Korean Navy at the end of February 2010.All 8 are now in service with the 615 and 613 Navy Squadrons at Pohang AB. Given the designation of P-3CK the aircraft carry better surveillance equipment, including multipurpose radar capable of detecting fixed and moving targets, high-definition electro-optical/infrared cameras, digital acoustic analysis equipment and a magnetic anomaly detector, and enhanCed weaponry capability, such as Harpoon Block II air-to-ground missiles.

In total, the refurbishment of the eight P-3s cost $550 million.

The nine P-3B Orions involved are detailed below.:-

1. 152728 was purchased by South Korea for spare parts and was eventually scrapped by HVF West, Tucson, AZ.