Process-In prepares aircraft for long or short term storage at AMARG. Initial preservation, represervation and maintenance during storage is all carried out under this process. The following is a breakdown of the steps that an aircraft will go through from its delivery to AMARG to its placement on one of the facilities long term storage areas.

Aircraft are flown to AMARG by the owning service. On arrival the pilots are debriefed where details of in-flight discrepancies are recorded, aircraft records are handed over and AMARG takes custody of the aircraft. The aircraft is tied down in the receiving area and samples are taken of engine oil, hydraulic fluid and landing gear fluid for analysis by a laboratory. 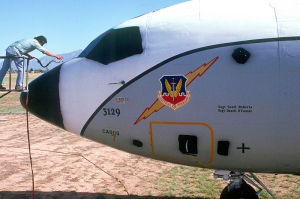 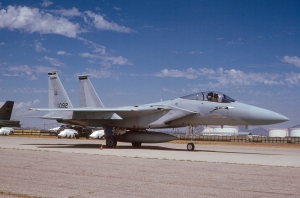 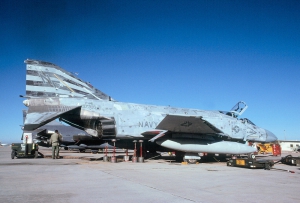 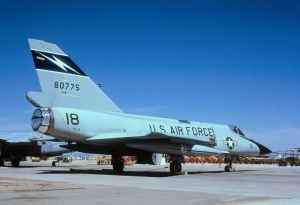 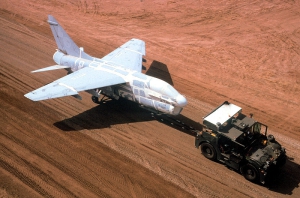 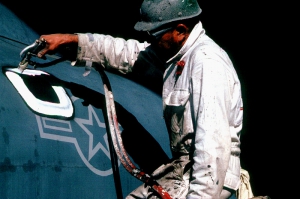 Pre-Induction Safing Procedures - Aircraft are made safe by the removal of hazardous and dangerous components or materials. This includes the removal of PAD/CAD (Propellant Actuated Device/Cartridge Actuated Device) items. High-pressure systems are bled and spring-loaded systems are relieved, survival kits are removed and any remaining weapons are removed for specialized storage.

Aerospace Vehicle Inventory - During this process a complete inventory of the aircraft is performed to document any missing items. Classified items are removed and sent to a secure storage area. Pilferable items or items subject to deterioration are placed in storage or are disposed of.

Preserve Aircraft Systems - On the Flush Farm the aircrafts fuel systems are drained, the resulting fuel will be stored for future re-use. The empty fuel tanks are filled using NATO grade 1010 preservation oil, the oil is pumped through the entire fuel system to preserve all of its components (tanks, pipes, pumps, etc.). Depending on the type of engine engine it is either motored or run to fully circulate the pure oil. The surplus oil is then removed and recovered for future use.

Wash and Evaluate Aircraft - On the Wash Rack the aircraft is thoroughly cleaned and inspected for corrosion. Each component is evaluated and after documentation of any problem that is found it is treated according to instructions from the owning service. The Wash Rack forms part of the large flightline which runs north to south on the west side of kolb Road.

Seal Aerospace Vehicle for Storage - Most of the aircraft at AMARG are protected by a vinyl compound called Spraylat which is sprayed on as two coats. The first coat is black in colour and seals the aircraft to protect its systems from dust, moisture, animals and insects. The second coat, which is white in colour, helps to reflect sunlight and heat to protect the aircraft from excessive internal temperatures. Before the spraylat is applied the engine intake and exhaust areas have desiccant material installed into them, and other openings are filled with barrier material of barrier tape. All access panels, doors, plates and other small openings are sealed using tapes. Brushable spraylat is used in conjunction with the barrier materials and tape to ensure a complete seal. Cockpits are vented and glass and acrylic surfaces are cleaned before the spraylat is applied to them. 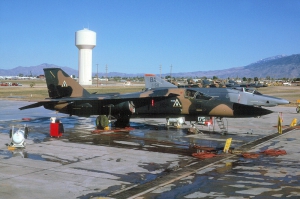 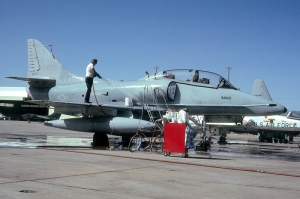 Transport Aircraft to Final Storage Site - The aircraft are then towed to the designated storage position and are secured.

While at AMARG aircraft can be stored under the following categories: