Sitting behind the Specialized Aircraft Maintenance yard, on East Drexel Road was the Allied Aircraft storage yard. Over the years Allied was the largest receiver of aircraft out of MASDC and AMARC, with many hundreds of them passing through to other customers, being sold for scrap or being stored on the premises. At some time just before 2010 the final aircraft were disposed of by scrapping and the land taken over by the adjoining metal processing company HVF West LLC. HVF have taken over from where Allied left off and are now the largest receiver of aircraft from AMARG, although these will be smelted down for recyling instead of possibly finding a future elsewhere.

Allied's entrance was to it the rear of SAM's premises and this offered the only reasonable view to be had at ground level width 95% of the aircraft in this yard are not visible from outside. Of course, like all the other yards in the area, the best way of seeing them was from the air. Some aerial pictures taken when the yard became less active in the early 2000s can be found on the Aerial Gallery pages, these give you a much better understanding of the Allied yard layout. 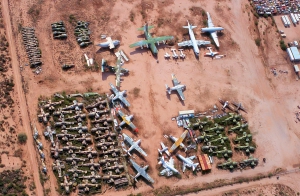 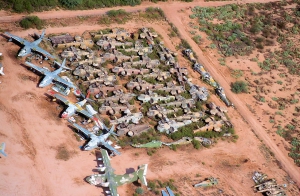 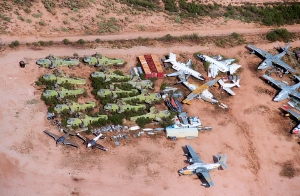 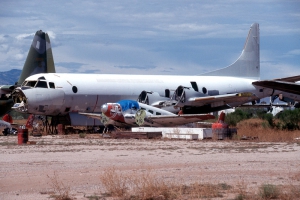 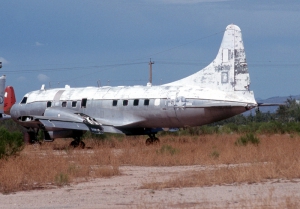 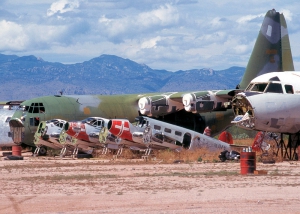 At this time there were 43 H-37's (30 CH-37B and 13 CH-37C) in storage which had been here for over 25 years in an extremely poor state. Although most look quite complete from a distance they are described as 'scrap metal' by a local business man. One was rumoured to have been earmarked for an aviation museum in the UK but the costs and logistics oft moving the helicopter were delaying the delivery.

At one time Allied was the home to the majority of the H-34 Choctaws and H-19 Chickasaw that existed in the area. Although most of these had left to other yards there were still a sizeable number still resident sitting in several tight lines at the rear of the premises. They are not visible from outside.

It is not known whether any of the other aircraft and helicopters were saved, but one thing for sure is that the majority were lost to the smelter!