Sea Control Squadron THREE THREE (VS-33) was formed from a segment of the VS-38 "Red Griffins" in 1960 and flew the Grumman S-2E/G Tracker from its commission date until 1975 when it transitioned to the S-3A Viking.

In 1991, VS-33 transitioned to the S-3B and in October, 1993 the squadron's designation was changed from "Air Anti-Submarine Squadron" to "Sea Control Squadron" to better reflect the new multi-mission role of the S-3B. 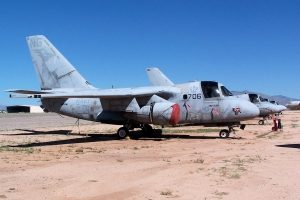 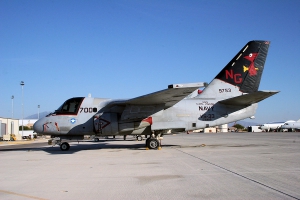 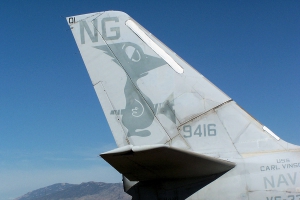 The VS-33 are known as the "Screwbirds", which is actually a shortened version of its full name, the "World Famous and Internationally Traveled Screwbirds", a title that was earned by conducting operations in every part of the world aboard an impressive number of different ships. These ships include USS Hornet (CVS-12), USS Bennington (CVS-20), USS Ranger (CV-61), USS Kitty Hawk (CV-63), USS Constellation (CV-64), USS America (CV-66), USS Nimitz (CVN-68), USS John C. Stennis (CVN-74) and USS Carl Vinson (CVN-70). The Screwbirds have demonstrated their versatility in recent years by carrying out Anti-Surface Warfare (SUW), Maritime Intercept Operations, and Strike Support in the Arabian Gulf during Operation Desert Storm, and Operation Southern Watch.