On November 16, 2004 the US Administration notified Congress that Pakistan was to receive a $1.2 billion arms package from the United States, including the supply of eight Lockheed P-3 Orions which being stored in the AMARC inventory. Once delivered these aircraft will be used to bolster Pakistan's search surveillance and control capability in support of maritime interdiction operations. They are also being used to provide additional capability in the support of US Enduring Freedom operations by improving the ability to restrict littoral movement of terrorists along its southern border.

If all the P-3 Orion options are taken up they will form the bulk of the package with an estimated value of $970 million. 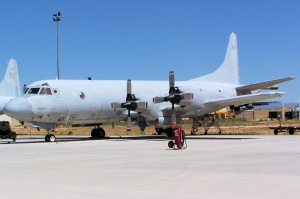 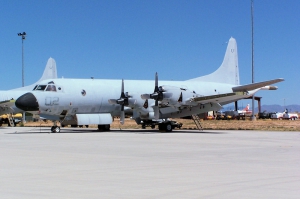 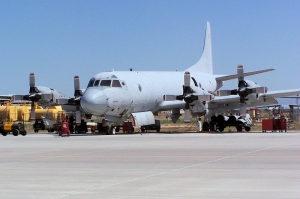 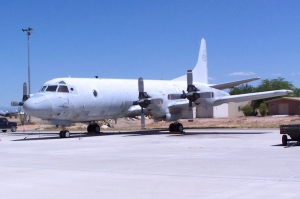 After flight preparation work had been completed by the AMARC technicians the aircraft were flown to the Lockheed Martin Company at Greenville, SC. Lockheed where the final upgrades were carried out before officially being handed over to the Pakistan Navy.

The eight P-3 Orions deleivered to Pakistan are detailed below :-

1. 159509 was purchased by Pakistan for spare parts and was eventually scrapped by HVF West, Tucson, AZ.

AMARC have previously been involved in the supply of P-3 Orions to Pakistan when they reactivated three embargoed P-3C Orions in 1996 and 1997 after the aircraft were withheld due to the Pressler Ammendment imposed in 1990. This amendment prohibited any United States Assistance to Pakistan if the President failed to certify Pakistan was not in possession of a nuclear explosive device.

Before their delivery to AMARC for storage the aircraft had been used to train Pakistan Navy aircrews with VP-30 at NAS Jacksonville, FL.

Of these three P-3's two remain in service with No.28 Squadron at PNS Mehran (Faisal). The third, 27 (ex. BuNo 164469) ,crashed off the Balochistan coast on October 29, 1999 unfortunately killing all 21 navy personnel on board. The wreckage of the aircraft was discovered 10 kilometres off of the coast in 25 foot of water and was spread over a two kilometre area.